Not to forget about its awesome neighbor island Nassau

Pukapuka has one of the most beautiful lagoons in the world. When one thinks paradise, the island ticks every box.

Being so remote, it offers a genuine escape from everything first world. Situated far northwest, it is closer to other island states’ capitals than to its own, Rarotonga.

The island’s culture is influenced by its neighbors Samoa & Kiribati, and Tokelau. This includes the Pukapukan language spoken, which differs markedly from Cook Islands Maori.

Here's a Free Handy Pukapuka & Nassau Infographic For You

Our infographic contains essential information for you to plan your visit.

We have prepared detailed infographics for each one of the Cook Islands islands. Visit the pages of the islands for their respective infographics.

Basic Info and Stats About Pukapuka in the Cook Islands

It is 1,324 kilometers/ 823 miles northwest of Rarotonga and the most western of all the Cook Islands. Occasional Air Rarotonga offers flights to the atoll that last around 4 hours. Or, one can book a cabin on a national cargo ship and be at sea for up to a week.

The coral atoll consists of 3 islands - the so-called Motus - Wale (North, with the villages), Ko (South, with the Airstrip), and Kotawa (West, Bird island). The sandbank Toka completes the picture. From above, it appears like a manta ray swimming from west to east.

Its magnificent virgin turquoise blue lagoon is home to an abundant marine life.

Visitor numbers are low, but increasing as this fantastic corner in the world is being discovered.

A sandy airstrip and small airport hut greet you on your arrival. The tiny airport only opens when a plane arrives and departs.

There is no public transport system or vehicles for hire. Your host can find you a scooter to explore the main island.

Your host arranges lagoon trips and fishing expeditions in the lagoon and ocean, and more. 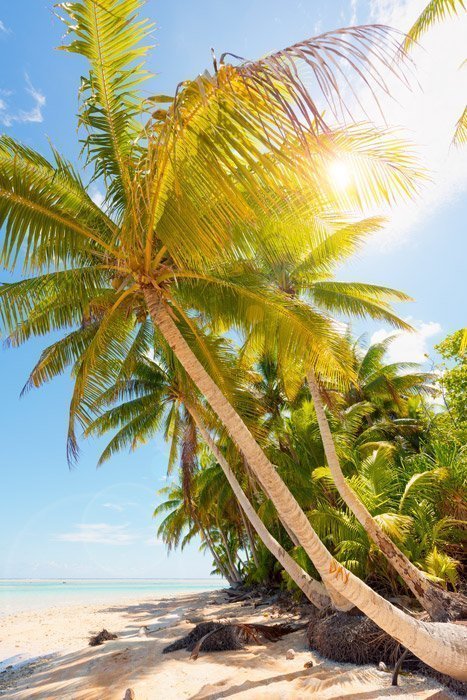 The only (homestay) guesthouse is on Motu Wale. It can accommodate up to 8 people.

The island has no shops, restaurants, or pubs. Your host caters for you.

No ATMs. So bring enough cash with you.

Things You Would Love In Pukapuka in the Cook Islands

This atoll is the ultimate island paradise. It only offers the basics yet is so authentic. Catch a boat ride with the locals, snorkel the beautiful lagoon, dive into the ocean, or go spearfishing.

Exploring the Motus is so profoundly satisfying. Chill on the tropical beach, just you and your partner, with nobody in sight, and inhale the virgin beauty.

2 Mingle With The People

The locals love their island life and taking care of their guests. You will instantly become part of the community and their lifestyle. They are eager to share their stories and listen to yours.

At low tide, it’s possible to walk on the rim of the atoll between Motu Wale and Ko. With incredible views over the lagoon on the one side and the pacific ocean on the other. On the way, you will pass a small shipwreck. 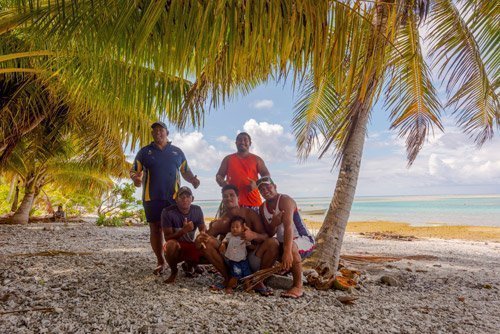 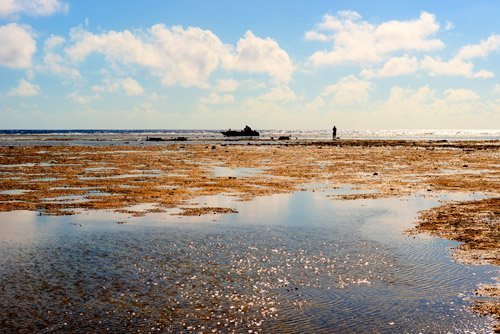 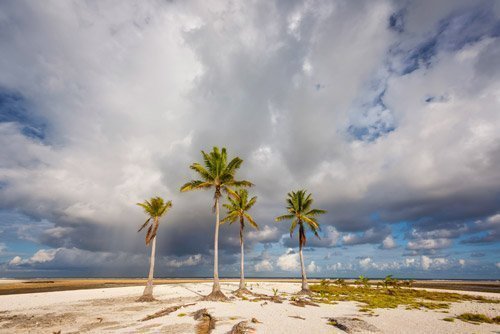 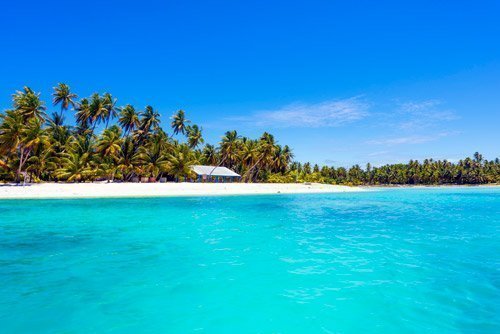 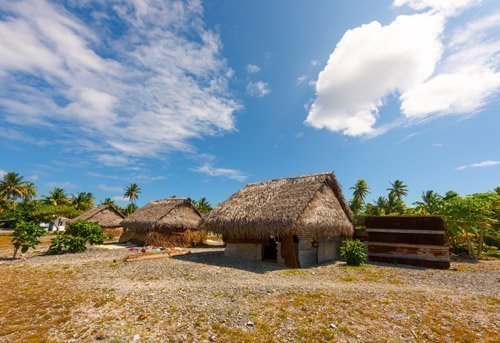 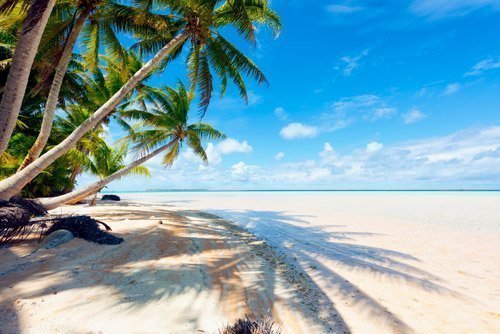 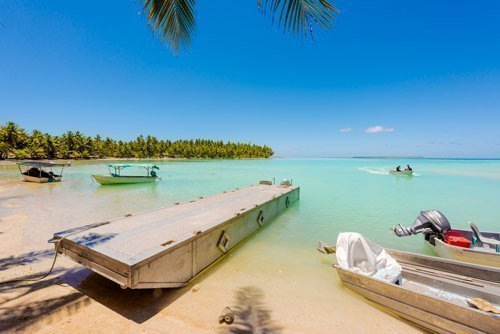 4 Experience Nature conservation at its best

The islanders rotate, cultivating, and living between the 3 Motus to preserve them and allow each to rejuvenate in turn. A lifestyle in absolute harmony with mother earth.

5 Take A Boat Trip To Sandbank Toka or Nassau

Get out of the lagoon, by taking a boat trip to the awesome sandbank Toka or to its sister island.

Pukapuka's neighboring island, Nassau, Is the Deserted Garden of Eden

Nassau is a little garden of Eden with its lush vegetation and fertile soil. It is covered with Taro swamps and coconut trees. It is no wonder it is home to the world champion in coconut tree climbing George Iona.

The island has virtually no reef or lagoon, which means all fishing is done in the open water of the Pacific Ocean. 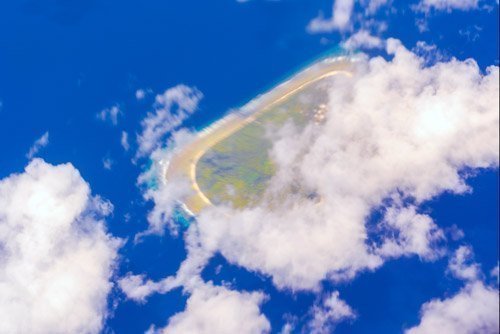 Click here to view images of island living on Pukapuka 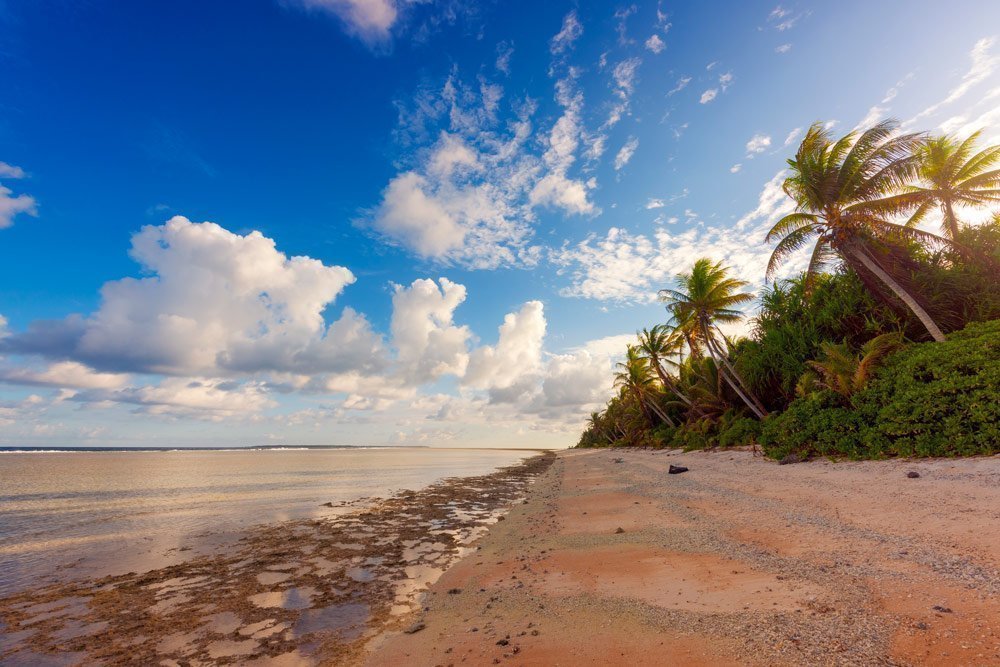 Like what you've learnt about Pukapuka and Nassau so far?

We have tons more info in our Cook Island Travel Guide

The Cook Islands Travel Guide is jam-packed with details of these two islands Contact information. Detailed maps with geocodes and much more.

Take a Look at the Travel Guide

learn more about the other islands of the cook islands