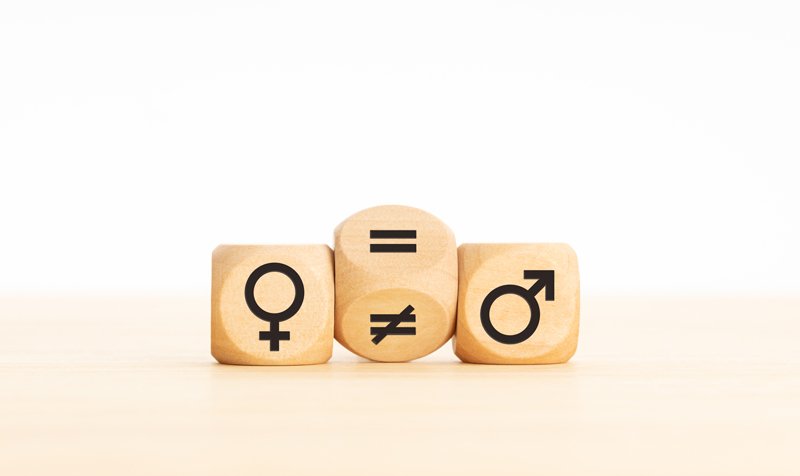 Polynesian islands are like tiny ice cubes floating over a giant tub of blue wine. There are over a thousand isles and archipelagos in the Southern Pacific connected with culture and history.

Everything is intriguing about Polynesia: its traditions, languages, and festivals. Yet, the most distinctive – and largely misunderstood – phenomenon is the gender diversity of the region. Third Polynesian gender has existed between the binary ends from ancient times.

This article will introduce a unique community that is internally diverse and tightly woven into society. Follow us into the world of Fa’afafine, Fakaleiti, Mahu, Raerae, Akava’ine, and many more.

Of course, it’ll make you pack your suitcases for the stunning (South) Pacific Islands!

Pacific islands are divided into three ethnocultural groups. Polynesian triangle forms the largest of them, with New Zealand at its base and the islands of Hawaii on the flip side. Other famous destinations with a massive third Polynesian gender population include Samoa, Tahiti, and Tonga.

The islands were first inhabited by sea voyagers around 1500 BCE. They brought an indigenous culture that flourished all over the region and remained unspoiled until the European navigators dock their shores.

Division of labor was prevalent in the prehistoric era. Women used to do domestic chores while male family members engaged in heavy-duty tasks such as gardening, hunting, etc. However, there was another group that Hawaiians called mahu.

This third Polynesian gender is a blend of muscular strength and feminine delicacy. These people are declared men at birth but grow up contrarily. Their interests align with roles conventionally suited for women.

The mahus (such as fa’afafines of Samoa, fakaleiti of Tonga, and whakawahines of Maori) love cross-dressing, traditional dance and art practices, floral ornaments, long gossips, and quiet giggles.  However, the intensity of effeminate attributes differs from one individual to another.

Even British explorer James Cook was welcomed as a non-binary guest due to his hipster appearance. He postulated a theory in his journal, viz., Fraternal Birth Order. Accordingly, younger sons are brought up as girls in Polynesian society to fill up the void.

“The girl appeared, such as Venus shrewd herself to a Phrygian shepherd, having a celestial form of that goddess indeed.” – James Cook –

Bougainville describes his encounter with Tahiti’s third Polynesian gender, though he couldn’t grasp it at first…

Although society has evolved much over the years, rural areas still work on the underlying method. You’ll meet third Polynesian gender everywhere – from airport check-in counters to cleaning staff at resorts.

On analyzing local folklores, one can understand the religious importance of gender-fluid people. Before the arrival of Christianity, they were the keeper of divine secrets like shamans. Still, the community spearheads catholic programs in many parts, but the church recognizes them as men.

Queer culture is not contested in Polynesia despite the colonial repressions. People value the contributions of third Polynesian genders. They are good at nursing, sewing, and modern tasks as well.

Where Does It Fit Into the Western Gender Spectrum?

Polynesians define gender as the will of spirit. However, the west tends to knot gender identity with sexual orientation. That’s why the third Polynesian gender is incomparable to hyped-up trans/homo categories.

“Western societies try to fit us in a box,” said Keyonce Lee Hang in an interview with Reuters.

Although gender-liminal folks primarily partner with other men, these aspects don’t shape their ultimate status. There are even fa’afafines who end up marrying and building a family. Phylesha Brown-Acton coined the term ‘MVPFAFF’ to replace ‘LGBTQ’ and set cultural boundaries.

The areas that strictly remained under western influence, such as New Zealand, provide gender reassignment surgery for third Polynesian genders.

Unlike Europe, more than two genders have always existed in Polynesian culture. And parents assign their sons the third gender before they cross the childhood threshold. It is evident that western classification is far from universal.

Per Country Facts: Everything You Need to Know

As we stretch deeper into the east, we get to see different terms and values associated with the third Polynesian gender. Following are some examples:

It is an independent country comprising five archipelagos in East Polynesia. Its doorway island, Tahiti, is a popular holiday destination. Here, you’ll find the third Polynesian gender as Mahu, Rae-Rae, or Mahuwahine.

Mahus play an indispensable role in Tahitian society and education. Mahuwahine is a synonym term. As per Kumu Hinaleimoana, any mahu who spiritually feels wahine (women) is a mahuwahine. However, locals avoid using rae-rae for the respectable third Polynesian gender.

Currently, there are no bans on gay marriage in French Polynesia.

Samoa is the torch-bearer of revival movements. Samoan third Polynesian gender, fa’afafine, means “in the fashion of a woman.” They have an important social role in traditional family structure. Today, almost 3000 fa’afafines and fa’afatamas live in Samoa, American Samoa, and throughout Oceania.

Fa’afafines show feminine behavior from a very young age, like playing with dolls and making girls buddies. Similarly, they hate strength and rough games. Samoan society is well-adapted to the third Polynesian gender.

Nafanua, the warrior queen of ancient Samoa, was also a fa’afafine. She was revered as a goddess, now a role model for the worldwide trans community.

Tonga is sparsely populated, renowned for its white sandy beaches and expansive coral reefs. Tongan word for the third Polynesian gender is fakaleiti. Faka means “in the manner of,” whereas leiti is a borrowed English word, lady.

The first settlers to New Zealand and the Cook Islands were Maori people. As of today, one in seven citizens of these sites is a Maori descendant.

In the native language, the third Polynesian gender is called akava’ine. However, New Zealanders call them whakawahine. Both words can be used interchangeably. Akava’ines partake in the traditional quilting process along with other women.

Some transgender women are known as laelae, equivalent to Tahiti’s rae-rae, for the animated makeup of drag queens and hormone therapies.

Tuvalu and Kiribati are twin island nations with small maritime space and a population of around 100,000. The former country outlaws same-sex practices with 14 years imprisonment as a penalty. In 2011, the civil society issued a white paper to the UN for LGBTI rights.

The third Polynesian gender is called binabinaaine in Gilbertese, the official language of Kiribati. Tuvaluans use the same term as pinapinaaine for male-to-female specimens.

On Funafuti atoll, young women like to befriend pinapinaaines. They keep the environment humorous by clownish dance performances and bawdy remarks to men. Often, tourists also join their company.

Mahu is widely used with additional neologisms such as mahuwahine and mahukane. Their role and importance in local settings are similar to Tahiti. However, aikanes make a pleasant exception. These are elite mahus who serve tribal chiefs (ali’i).

Kealakekua Bay is important for Hawaii. And mahus enjoy many privileges here due to their spiritual teachings. Captain James Cook described them thoroughly in his memoirs. Still, people consult kahumas when naming their children.

Furthermore, they’re the pioneers of hula dance, an integral component of the island’s identity. This supremacy of third Polynesian gender mates seems to entangle more with Native North America than Polynesia.

Niue is a considerably tiny isle sandwiched between Samoa, Cook Islands, and Tonga. It is an autonomous region under the realm of New Zealand. Although it doesn’t make a difference in many aspects, gender liminality is not that arena.

It has small portions of Fiji’s Vaka sa Lewa Lewa and Guam’s third Polynesian gender cliques. They all gather under the umbrella of fakafifine and cheer for the glory of coral forests.

Challenges and the Future

The greatest challenge third Polynesian genders face is to tell their stories themselves. Mostly, foreign seafarers and monks discussed their traditions and way of living. The picture they build provides a view from the western lens.

Even more so, the London Missionary Society named the region “filthy Sodom of the South Seas” in 1827. From the 19th century onwards, third Polynesian genders had to conceal their identity to avoid the charges of fornication.

Still, the non-binary Polynesians of the diaspora have to conform as either gay or lesbian. It’s time native people present their ideology and historical context to the world.

Luckily, many organizations are working towards this end. For example, U.T.O.P.I.A (United Territories of Pacific Islanders Alliance) is a US-based organization bringing awareness about third Polynesian gender (QTPIs).

A Hawaiian proverb, meaning “the flower is tiny, but it scents the grass around it,” stresses equality and harmony.

Third Polynesian gender is a signature loadstone of Pacific islands. When gay rights have penetrated the mainstream culture, such exciting groups must reframe their outlook as well.

If you have Polynesian destinations on your bucket list, don’t return without harnessing indigenous rainbow culture. And sitting with people of the third Polynesian gender tops the chart!

Much more about the stunning South Pacific Islands. Then have a look at our website IslandAwe.

And in particular in the fantastic Cook Islands, where we lived a few years and compiled a Travel Guide about all 12 inhabited islands of this country. 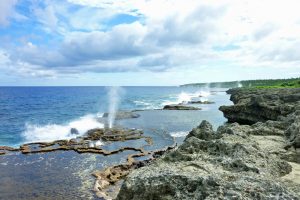 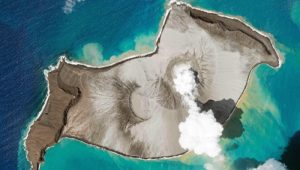